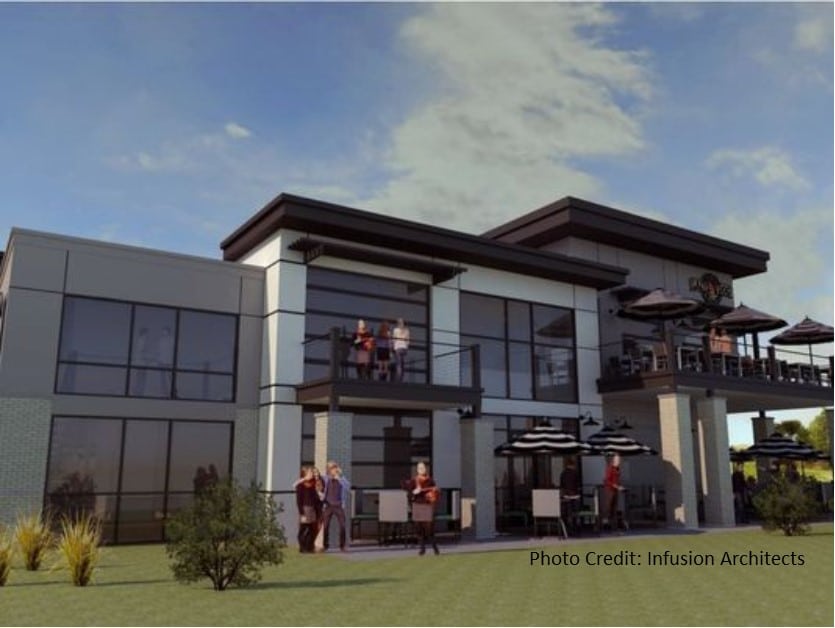 It’s been nearly 26 years since Steve Ross followed his dream and moved to Colorado to open a restaurant.

The native New Yorker opened the Lazy Dog Sports Bar & Grill on Pearl Street in Boulder in 1997, followed by a handful of other eateries in ensuing years. He semi-retired in 2008, selling all but the Boulder location.

Seven years ago, an opportunity arose to open Lazy Dog in Erie.

Now Ross has purchased 1.5 acres at U.S. Highway 34 and Thompson Parkway at the 2534 development in Johnstown for Lazy Dog Tavern. Ross hopes to have a building permit in hand by early fall and open next spring.

“I’ve had this piece of property in mind for six or seven years,” Ross said. At first, the land wasn’t for sale. Owners thought a chain restaurant would be a better fit for the site before warming to the idea of a local restaurateur, he said.

“I knew the area needed restaurants,” Ross said. “I knew about the traffic and the demographics … I don’t like to compete necessarily in the middle of a city. I like the neighborhoody type of stuff.”

The 6,000-square-foot restaurant will include the only rooftop deck in the immediate vicinity.

Lazy Dog’s menu will be larger than those of the Boulder or Erie restaurants, Ross said, “because we can build the kitchen around any menu we want.” That means a family friendly atmosphere with a full menu of salads, steaks, ribs, sandwiches, appetizers and, of course, beer.

“The image I have for the customer is a family of four,” he said. “The children’s menu is fun and healthy; Mom can get a salad and Dad can sink his teeth into ribs or a steak served by a really qualified, happy, articulate server who actually cares that you came in to eat.”

Everything is made in-house, including salad dressing and smoked meats, Ross said.

The building will be conducive to parties, company lunches, a fun bar scene after work or evenings, Ross said. “I’m thinking about all those 100,000-plus people who drive by the intersection. That location, that crowd, that neighborhood. Everything is geared toward them.”

The site is south of U.S. Highway 34, across from The Promenade Shops at Centerra in Loveland.

Subscribe for the latest news & announcements in the industry