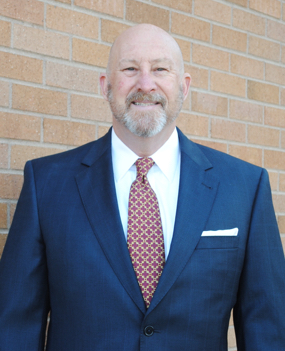 Joe is a Senior Advisor at NAI Affinity, a Northern Colorado based commercial real estate brokerage that is part of NAI Global. As a Senior Advisor, his primary role is to work with our clients to make sound decisions regarding their commercial assets and help buyers and tenants find properties that fit their needs.

Joe has brokered over a million square feet of commercial property in his twenty-three year career. In 2018 he sold the 33,100 square foot Columbine Shopping Center in Loveland, CO He worked with the seller for 12 years and now represents the new owner as leasing agent and advisor. Joe represented the City of Loveland in the acquisition of the multiple properties that eventually became the Forge development in Downtown Loveland. In 2007 he advised and investor in the acquisition of the former Water Pik manufacturing plant in Loveland. Joe became the listing broker after the sale and led the re-tenanting of the property. It consists of a 140,000 square foot building on 13 acres. In less than eighteen months the property was 100% leased. It is currently valued just under $16,000,000.

Joe represents investors, owner users and tenants. He has experience and expertise in industrial, office and retail properties. He also consults with property owners on the use and disposition of their commercial assets.

Joe began his professional career in 1985 as an accountant for Chemcentral Corporation in Houston, TX. Chemcentral is a multinational chemical distribution company that was purchased by Univar in 2007. In 1987 he was assigned to Greensboro, NC by Chemcentral as a Resident Salesman to develop the North Carolina and Virginia markets. In early 1996, Joe resigned from Chemcentral and moved to Colorado to begin his real estate career.

Joe joined Realtec Commercial Real Estate Services, Inc. as a broker associate in the Loveland office in 1996. He was promoted to Managing Broker in 1999 and held that position until he left the company in 2003.

Joe’s experience includes working with small, single owner companies to large corporations and has the knowledge and ability to understand and solve challenges faced by people in both large and small businesses.

Joe is also an entrepreneur who opened The Garden Room Event Center in 2008.

Joe has a Bachelor’s of Business Administration degree in Accounting from Texas A&M University.  He became a Certified Commercial Investment Member in 2001.  As a CCIM, Joe is recognized as an expert in the disciplines of commercial and investment real estate.